The Taste of Silence 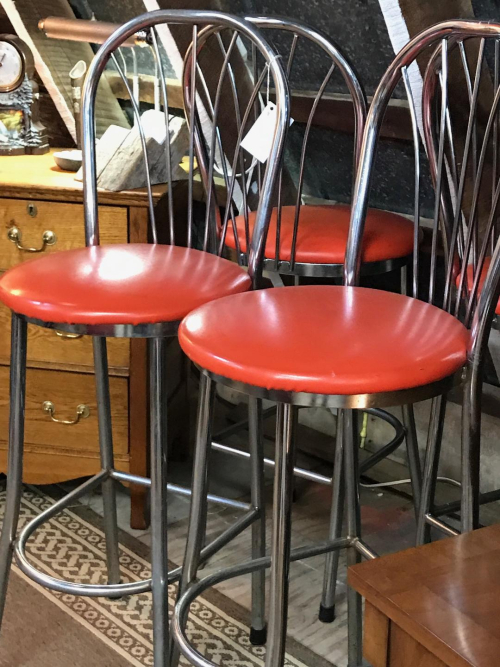 There's a battle being pitched here in Virginia - Me vs. Stuff

Stuff is ahead by a long shot.

A really long shot, but I'm not giving up.

I'm determined to clear some of this clutter out, and Phil keeps dropping stuff off at various thrift shops. Boxes and boxes and bags and bags of stuff. Three people live in this house, and stuff keeps following us home.

So, I keep sorting, tossing, boxing, bagging, and more. Even my art stuff, which is a history of everyshiny object that's caught my eye. I've worked really hard at narrowing down what I'm truly interested in, which is still quite a bit to be honest. That being said, how much paper do I truly need? How much washi tape (I really have a thing for washi tape!), how many art books on making stuff?

I guess that some people might figure that all this downsizing and jettisoning of stuff is happening because I'm 65, and after all isn't that what old folks do? Downsize for their later years.

And, there might be some truth in that, but only a tiny bit. Memories of  clearing out my mom and dad's house still haunt me. Since both were depression babies, they really tended to hold onto stuff that should have been tossed years and years ago. Dad's dementia just added another layer to the mess. I would love to not repeat that mess.

Mostly, though, it's a wanting for things to be restful, for my house to be a haven and not a cluttered mess that constantly reminded me what needed to be cleared up, put away, etc.

Phil and I travel a lot, short distances mostly, but we've seen many a vacation home, hotel room, etc. And, so often, I'd enter and sigh in happiness. Clean lines, empty spaces on dressers where my eyes could rest. Nothing piled in corners. All of it makes me happy.

That's what I want...empty spaces to fill up something that I need.

Along with this wanting of being able to simply rest easily, to like what I'm looking at, is a nagging feeling reminding me just how much money I've blown on stuff. Stuff that I'm now tossing and donating. I could sell it, but honestly, I just want it out, and I don't want much more coming in.

There's a heaviness that accompanies stuff.

These past several weekends, my daughter and I have been exploring all sorts of antique markets and design homes. We love it, just love it.

I've done so much imaginary spending and fake buying, your head would spin, probably both clockwise and counterclockwise. Maybe both at the same time.

Each market has its own signature; one is mostly restored furniture. Another might focus more on knick knack sorts of things. One is shabby chic; another gives off an edgy urban feel.

Here's what I love - the inspiration. Color combinations, ways to repurpose things, and more. Dealers arrange their stuff into wonderful vignettes, and when one display catches my eye, makes me stop in my tracks, I stop and begin to analyze.

What's making me go, "Ahhhhhhhhhh?" Is it repetition? a color combination? all the textures?

I take photos to remember, print out the photos when I get home, and start jotting notes, because even though I'm certain I'll remember, I most probably won't.

Most jaunts result in nothing coming home. Nothing. Because the little voices in my mind begin to nag.

Do you really want to have to dust that? Where are you going to store it? How soon before it ends up at the thrift shop? Do you want to pay to move it? Do you need another platter? You already have 4 or 5, and you're just buying them because your mom collected them and it makes you feel better.

And, we have a rule. If something comes into the house, something has to leave the house.

I do slip up every now and then. Those wonderfully quirky red stools/chairs above provide evidence of my all too human nature and the psychology of consumerism.

I could tell you that they are a late Christmas/birthday gift for Phil. I could also tell you that we've been looking for a chair that's going to relieve leg achiness from standing while cooking and baking. And, I did promptly toss a few large items out of the house.

They followed me home.

Posted at 01:03 PM in All About Me, antiquing/junking/garage sales, Everyday Matters, Family | Permalink | Comments (0)