The Gang of Three 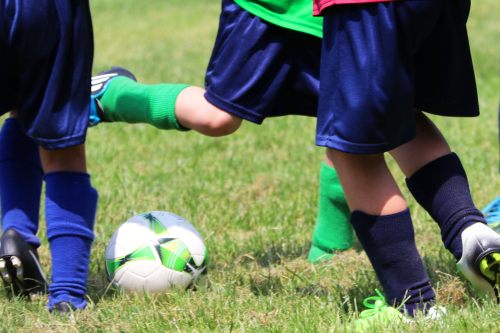 Disclaimer: This post has nothing to do with soccer!. I just happen to like the photo, and it does have 3 kiddos in it!

And then...well, then, there's the "Gang of Three," which nearly drove me to be "three sheets to the wind."

First up: "Dyson," who happens to generally be a trustworthy soul. Not so much the other day. Dyson seemed to be in a royal snit.

We started out okay, although in retrospect, he didn't seem to be quite himself. I needed to get the darn house vacuumed though, and as I'm not likely to want to do it another day, I persisted.

One room down. The second down. And on to the middle floor we went, which is where Dyson just lost it. I'd tell you he blew his top, but truthfully, it was a front piece.

Back and forth, back and fourth, and then, "Bam!" With a great show of force, Shark hurled his front rib cage cover across my dining room floor.

I paused, turned him off, put his cover back on him, thinking that maybe I had caught it on the edge of a door frame or something.

Nope. Within 10 seconds, off his cover flew again. Repeat several times just to be "sure."  Well, crap, Dyson meant business.

I pushed Dyson into a corner, then headed to the lowest level and grabbed Shark. Shark and I had not spent any quality time together lately, so I felt about leery, but darn it, I needed to get the house swept.

So, off we went. Shark seemed amiable enough at first, and we managed to do the dining room, when he just up and quit.

Oh, yeah. Now, I remembered. Shark never did like the long term haul. Short and sweet, maybe one room. He felt absolutely no need to exert himself. None. He simply turned himself off when he'd had enough.

Off into the corner he went to trade stories with Dyson.

Back downstairs I faced Dirt Devil. Dirt Devil had all his parts, and he ran like a champ during the long haul.

Well, Dirt Devil's problem was that he sucked because he didn't suck. He glided over the floor, failing to pick up anything. He simply could not be bothered.

At this point, a slew of words flew across the room, words not to be shared aloud since this happens to be a family friendly blog.

I emailed the love of my life, stating firmly that having three vacuum cleaners, none of which worked did not equal a good time no matter how you looked at it.

I reminded him that he had numerous reminders to take apart Dyson, clean him up, and get him ready to roll.

I reminded him that Shark frequently shut down, but I'd been assured that he (the love of my life) had also promised to investigate.

I reminded him why Dirt Devil sucked...or didn't.

I firmly stated that he (the love of my life) had better not tell me that he "forgot" since he remembered the dates and time of every hockey game played by Pittsburgh. Yep, I was at my finest.

I left the gang of three front and center so that they'd be the first thing he saw when he opened the door.

The love of my life....without a word being said...took Dyson apart to clean him. I think Dyson still might be apart, and that needs to be fixed.

He coaxed Shark into submission long enough to finish vacuuming the house at 11 P.M. that night.

He performed surgery on Dirt Devil, locating a ball point pen in his innards, removing it, and pronouncing him "good to go." I haven't investigated that either.

I plan to vacuum tomorrow. If you hear not so nice words coming out of Northern Virginia, you can safely assume I'm battling the "Gang of Three" yet once again.

And, I just might be working on becoming "three sheets to the wind!"