Straight Down the Rabbit...Er, Pinhole
He Sang to Me 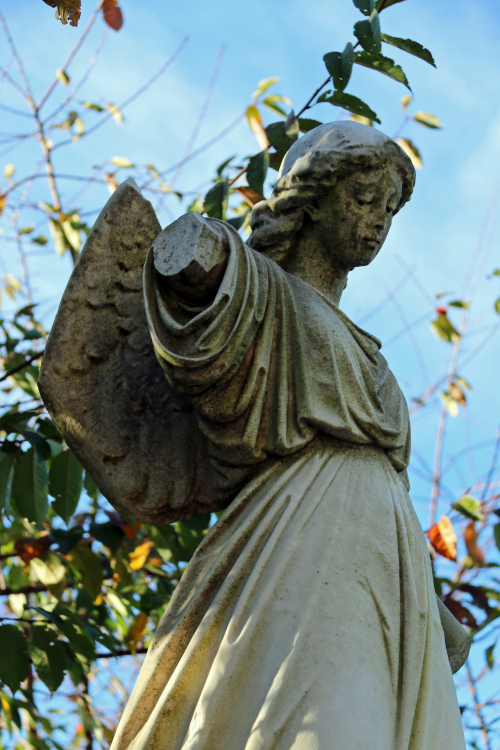 I've been sitting with the election results for nearly a week now. Each time that I think I may have come to grips with it...not liking it...just sort of internalizing it, something else happens. And, before I know it, my monkey mind is spinning like an unbalanced load of laundry. It's gone completely amok, trying to process it all.

Full disclosure here: Trump was not my candidate of choice. Not because he's Republican, but simply because he made my stomach clench with what I perceived his character to be. I'm not okay with public bullying, poking fun at others, etc. He simply goes against so many of my own personal beliefs, and this is where I'll ask you to not post any sort of hateful comments. I just don't go there, okay? And, my hope is not that he fails big time, so that I can go...Aha! See?

Because if he fails, we all go down big time.

Don't get me wrong; I'm scared. I'm just not going to let that fear control my life. I want to somehow harness this fear, make it fuel me to work for change.

I've written and re-written this post so many times in my mind. I still don't have the right words, but here is what I do know.

I loathe and detest the hate filled comments I've seen, before, during, and after the election. There are ways to state your case, what ever that case might be. It simply does not have to be hateful or demeaning. I've seen both parties do it; both are still doing it.

Public shaming is awful; people have a right to be disheartened, to grieve an outcome. And, I think that they're grieving far more than Secretary Clinton not being the president elect. I'm one of those people; it's just that my grief happens to be more private. People are grieving what seems to be a complete rejection of values important to them, a way of life.

But, I'm seeing the term crybabies being thrown around, and people being told to "grow up" already. Photos, of course, are nearly always attached.

The grief may seem excessive to you or to me; it doesn't matter. Nothing gives us the right to shame the ones grieving.

Much of this type of shaming comes backed up with comments on a generation that has been always given their trophy, always told they're wonderful, that have been excessively coddled. I happen to agree with some of this; I've seen it far too often in a classroom setting. The thought has crossed my mind that we're blaming the wrong folks here; these people didn't raise themselves, and sometimes, they were never given the tools to "get over it." And, I bet that the very folks posting this sort of crud would be horrified if someone publicly shamed them or theirs because the shamer felt that someone had been too easy on them, or raised them poorly.

Public shaming is just not the answer; it sure as hell is not going to cure anything.

I also believe in the right to protest peacefully. It's built into our government; our voices always need to be heard.

What I don't agree with is violent protests, the burning of the flag, or defacing property. Destruction solves nothing here. Nothing.

So, where does this all leave me? Like I said above, still confused, still grieving, and worried about my the direction my country seems to be moving.

I'm worried about minority groups, about children, about the lack of respect given to women. I'm more than worried about this white supremacy bit. It makes my skin crawl.

For me, it comes down to this. I need to get more involved with what I care about - the hungry, the poor, human rights in general. I need to get active in a big way, and to do it more than at Thanksgiving and Christmas.

I need to do more than what I'm doing now.

I need to do more than "talk the talk." Talking is easy; sometimes, doing is not.

I need to stand up for what I believe in, and I need, at least for now, to limit my contact with Facebook rantings. It's not sticking my head in the sand; I'll be reading and researching, but choosing the sources of my information carefully. Not that I'll just stick to what I happen to agree with...now, that would be sticking my head in the sand! But, I need to not let this hate soak into my pores and fill my days.

Do I need to address this hate? Yes, there's not doubt that I do, but I don't think slinging words back and forth on Facebook will do the trick.

I'm really tied up with what to do with this one...I do need to be able to say "I don't agree." But, it needs to be more of a conversation, not what could well be perceived as a public attack on a person. So, how to do this, I'm just not sure yet, but I need to begin with my own corner of this world.

Most of all, I need to take that good hard look at me, at how I'm living my life, at the prejudices I didn't think I had in any way or fashion. I need to decide the person I'm going to be in what feels like a really bad situation.

I refuse to say that nothing good has come out of this seeming mess, because I believe that the first step in moving past the ugliness in acknowledging it still does exist, whatever form it takes. Logically, I know this; I've always known it, but I buried it.

I need to step up my game, that's for sure.

And, I refuse to let go of hope.

I'm still sorting this all out in my mind, but I just refuse to let go of hope.

I'm so with you on everything you wrote. My Mom has pointed out the same as you did -- to start in our own corners. And be good people.

You have pretty much covered all of the unwritten posts that have taken place in my head.

Oh Paula, I am not an American citizen but here in the UK we are facing the same struggles and you have put my feelings into words so much better than I could. Thank you for being a calm, reasonable voice. Like you, I have decided that my response needs to be action more than words on social media.
Sending love across the ocean.

Paula, thank you for your post. You've expressed a lot of my own feelings and thoughts. I also refuse to let go of hope.