The Gifts of Ordinary Days
Don't Worry; It Tastes Like Chicken 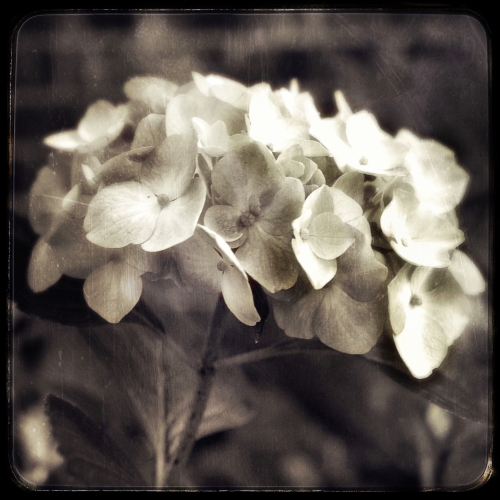 "Active shooter at the hospital. We are on lock down. Of course, I have to go to the bathroom."

I laughed out loud...yep, of course, the bathroom. His "Casual stroll bys" to the nearest bathroom make for a great running gag here abouts.

But, then I focused on the first part of the message.

There's an active shooter and this idiot's last words to me are, "Of course, I have to go the the bathroom?"

You often read about these sorts of messages, messages sent during a crisis situation that profess undying love. Me? I get told that he has to go to the bathroom!

Plainly, I was not on all cylinders here, if I were having a snit fit about his message. I knew he wasn't at the hospital on base, but active shooters are known to travel. And, let's face it, if it the shooter was military, chances are he/she could have some great access to some powerful weapons.

Yesterday, we celebrated our wedding anniversary - 42 years and counting. On our way to a wonderful old used bookstore (We tend to really do things up when we celebrate.), we'd been chatting about my nephew, due to head out to Turkey soon to work with refugee children. The recent terrorist attack there had stirred things up a bit on our end, and my sister, God bless her, put on a brave face, admitted to being scared to death, but whole heartily supported her son and his decision to go. Phil and I chatted briefly about the world in general, and its many opportunities for danger. Without much fanfare, we reaffirmed out choice to continue to live our lives the best we can, and more importantly, not to live them around fear. Little did I know that fear would rear its ugly head about 12 hours later.

My cell phone rang, my daughter on the other end.

"Nope, honey, he's right in the middle of that lock down mess. He's complaining about not being able to go the bathroom."

We both laughed, promised each other to keep in touch, and went about our business, phones kept nearby.

You see, we'd done this drill before. Several times.

Just missing a bomb at the IG Farben building when stationed overseas.

Being in the Pentagon on 9-11, yards from where the plane rolled to a halt. Waiting hours to hear if he were alive, all the time rocking my students as they sobbed and waited for a parent to come get them. Watching him go back into a still burning Pentagon the next day, to show the rest of the world that we would not be defeated. (If you watched the coverage that day, there was a smiling man cheerfully waving to the reporters as he stood in line to enter that burning building. Yep, the very same idiot...and I say that in a loving way...whose last words could well have been about the bathroom. He's mine, all mine, and has been for 42 years.)

About a year later, we dealt with the DC Snipers.

Throughout the years, this sense of what could go wrong, tends to reside in the back corners of our minds. If we chose to focus on it for any great length of time, we'd all be nuts. It comes with living in the DC area, and it comes with his job.

I can still picture the day that I figured out that his then job (computer on the back up plane for Air Force 1) mandated that in effect of nuclear war, he'd leave on that plane. It absolutely horrified me that he could get on that plane knowing full well he'd be leaving us to die. His only response as I went ballistic was that it was his job. Finally after about 24 hours of disbelief, I shoveled that bit to the back of my mind as well, because, honestly, should that scenario play out, he'd be the one behind. We, most likely, wouldn't know a thing.

So, yeah, we've been there and done that in various forms, and we'd made a very deliberate decision not to focus on it all. Except, that sometimes, like today, it spills over into reality.

I briefly checked the news outlets; they really knew nothing but were doing a fine job of speculating, and I didn't need that. So, I prepped dinner, did some laundry, edited a few photos. I knew to keep busy; sitting, sobbing, and worrying wouldn't help. I put out a few calls for prayers, let a few folks know that most likely, Phil was not anywhere near the action, and just kept moving.

A bit later my daughter texted that Joint Base Andrews had been given the all clear. I briefly checked the news, still tons of speculation, but the upshot seems to be that a practice drill for active shooter on base was slated for today. Apparently, someone who missed the memo about this being a practice, looked out a window, say some men with some awfully big weapons, and called for help. The news reporters kept harping on finding out why not everyone on base knew about the practice drill. Well, I can answer that...people don't read all their email and memos. That's pretty much a topic of daily conversation here. Phil does an awful lot of briefings for folks that don't read their daily reports. The reporters dramatically voiced that the folks at Andrews had been on lock down most of the morning. Well, nope, not really. It lasted maybe an hour and a half. Now, to those sheltering in place, unsure of what's happening, that would be a very long 1 1/2 hours. But, it's not most of the morning. This is why I rarely watch/listen to the news.

I relayed what I knew to key folks, barraged heaven with thank you prayers, and continued with my day. No message yet from Phil, but having an idea of how things worked, I just waited.

And, sure enough, about 1/2 hour his message lit up my screen.

"All done. Long line at the bathroom!"

Yeah, honey, I love you too.

So, we'll talk a bit this evening, and then, simply put it away in that  back corner of our minds, making that choice to not let fear take over our lives. We'll enjoy the twits, each other, our family, and more.

But, I have to tell you, I'd just as soon not do this again any time soon.