Begin Each Day
Find a Corner 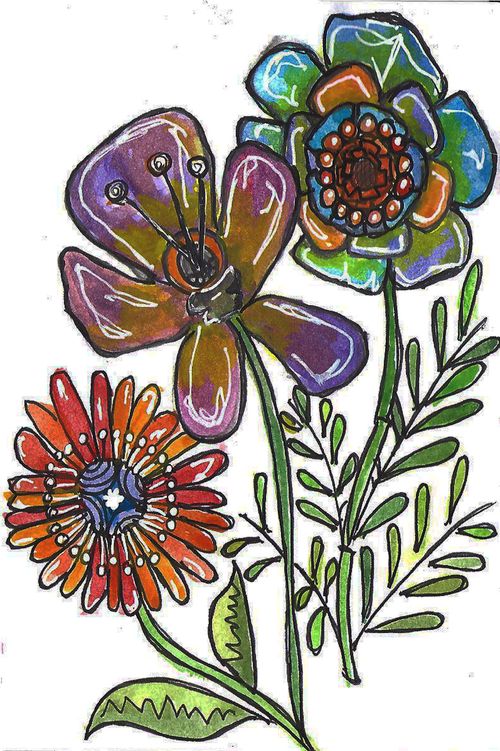 I've always loved the look of watercolor, and I've always admired sketching, but I rarely did either. You see, I held myself to a standard of perfection I could never achieve, and so the end result proved frustrating, with the watercolors nearly hitting the trash several times. I avoided sketching, since it never looked like "the real thing."

So, Watercolors Wildflowers online class proves to be just what the doctor ordered...along with a in person class or two with Diana. (She's awesome in either format; you won't be disappointed.) In Diana's words, I aimed for "flowerish." You know they're flowers, but they're not indetifiable as any one species. 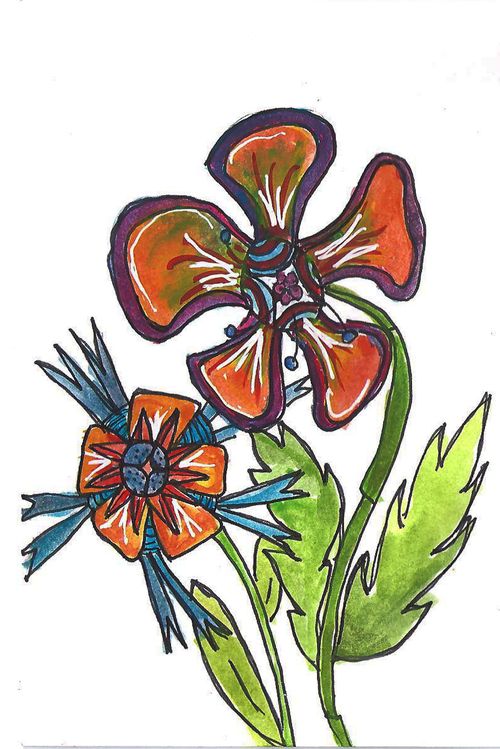 This morning, I just relaxed, played, and to use a horrible pun, "went with the flow" of things, trying to recreate some of what I saw in the online class, and trying to figure out the right ratio of water to watercolor. I layered, highlighted, mixed hues, and just let it happen.

I love both of them. No, they're not awesome - I have a lot to learn.

But, I had so much fun; I didn't worry about it, since I have plenty of watercolors and plenty of index cards. (I combined Daisy Yellow's ICAD project with my watercolor play, since I am woefully behind on my index cards.) Truely enjoying the process and watcing the magic happen took over, and I ended up with some cool flowers!