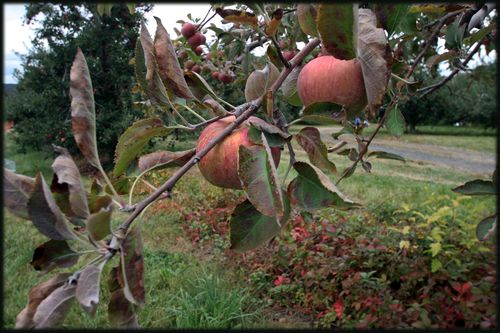 I see or hear

that more or less

in the haystack of light.

From: Mindful by Mary Oliver

It's been such a difficult last two weeks, for so many reasons...emotional heartaches on more than one instance, having someone just lamblast me for something I didn't do, and now today, hubby came home, furloughed one more time. Another pay cut...here we come. All of this equals not much blogging, because I really don't want to send out so much negative energy; there's more than enough of that already. What I've been trying to do is to hold onto the little things that fill me with delight.

I'm not a Pollyanna..so not a Pollyanna! My mother, God love her, never quite saw the bright side of things. So, I've hard to work hard to begin to create a new mindset. Sometimes, guys, it's just hard work.

I've been taking a photoclass on line..."Elevate the Everyday," and I'm loving it! There have been daily prompts, and I have to admit to thinking "outside the box" on some of them. A few have fallen by the wayside; the prompts just don't come naturally during the course of my school day. I arrive at about 6:45 am and leave no earlier than 4:30, often later. Now, there's tons of photo ops at school, but for privacy and safety reasons, they're a no go. But, I've been pushing myself to at least get several done a week, sometimes playing catchup on the weekend.

Saturday was glorious...Phil, Dom (our 5 year old grand), and I out in Markham, VA, at Stribling Orchards. So many people, so many cameras. Have to admit to getting a few odd looks when I was scrambling on the ground and poking my head into bushes to get "the shot!" No matter, I loved it. The air, the space, the absolutely stunning colors. A little bit of walking, which I don't do as often as I should. Stopping at an old diner on the way home, just sitting and relaxing...and my grease low level light has been satisfied for some time to come! A bit later, all the tools of the trade came out, and the apple peeling, cooking, and canning began, all with the help of our grand. His grandpa put labels on the jar today, complete with Dom's picture and the words, "picked by Dominic." Such a little thing, but I can't wait to see Dom's face.

So, apples...an amazing assortment of colors, tastes, and textures. Apples bunched on branches. Apples to dodge as they come tumbling to the ground. Everyday apples, so easily overlooked...unless you stop and really notice. Really look. And then let yourself be "killed with delight."

So, I'm working on noticing, on finding things to take delight in and with which to fill my days with joy.

But, I can choose how I'll react to them, and I can refuse to have a pity party, deserved as it might be. I know that my result will be a bigger headache, along with some tensed up muscles. No thank you.

So, here's to noticing all that is good...and there is so much! Pick up an apple and "see" it...what a gift from God!

Keeping that focus on what's good. Always a challenge in this world where we getting tossed so many curveball all the time. I am with you in that struggle, but the alternative just ain't no way to be, right?
Keep looking at that apple red shine, Awesome One. Wishing you some sweet smooth sailing to ease the way for awhile.
Xoxo