So, this lovely, sad to say, began to fall apart. As the saying goes, "I chose poorly," at least as far as the condition of the book. Dry brittle pages, even with the help of masking tape and gesso, do not lend themselves to artistic abuse. 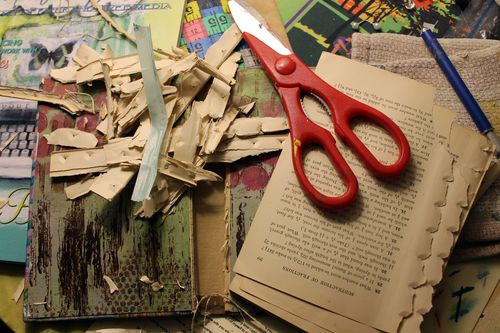 Aided by that little blue exacto knife resting in the upper right corner, I carefully began to slice away the pages, leaving the spine intact. 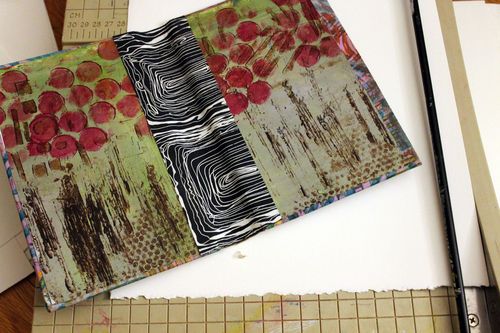 Next step: reinforce the spine with a bit of strong black paper. 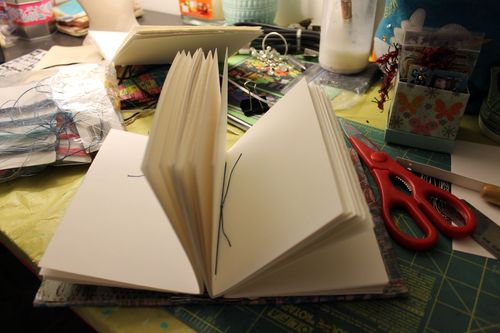 I pulled some hot press watercolor paper from my stash but didn't have quite enough. I added in a few sheets of heavy weight paper, and with the addition of some absorbent grounds, it works quite nicely. I sewed in several signatures with the basic 3 hole pamphlet stitch. 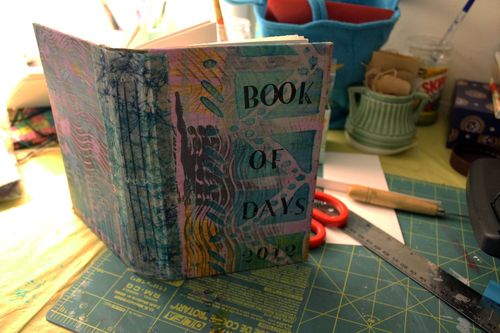 Success, of a sort...it simply wanted to just splay open, so... 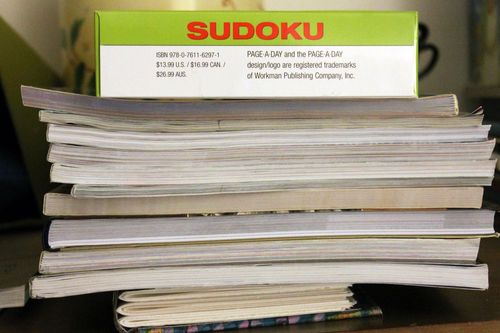 ...in lieu of a book press, several magazines and later, a bunch of paints, were stacked on top, and left for a few days to do perform their magic. I did manage to salvage the completed pages, but I can't see a way to make them part of the book. Maybe inspiration will strike?

The whole business, along with the business of life, stalled things for a bit. I've just really gotten back into the swing of things again, as far as the journaling itself goes. I'll share those in the next few days, but in the meantime, I'm getting ready for Art & Soul in VA.

You re-cycled that journal into something wonderful, I think , Miss Paula. I think it will be a happy home for your journaling when you get back to the business. ;-)
Life is flying, flying, flying by...thank God for momentary stillness that we create for ourselves.
I hope you find those today.
Much Love !