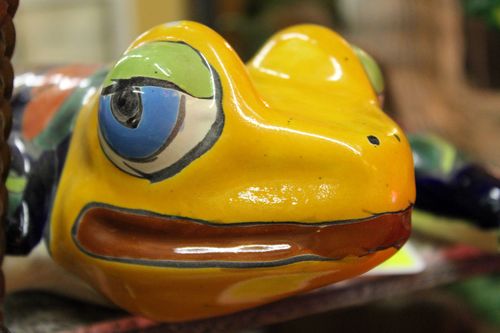 It began as a joke and just exploded from there! My daughter collects frogs, you see.

Flip back a few years to Black Friday. My oldest and I wandered through Hobby Lobby, checking out Christmas ornaments. We came across the tackiest bride and groom frog ornamens and just lost it. After turning red from laughing, we knew they needed to be in his sister's stocking.

And, then, it became a contest. Everywhere we went, my husband and I battled it out to find the ugliest frog. The "winning" frog was gleefuly purchased and presented to our daughter.

Eventually, we realized that we simply could not keep buying the things, even though my husband tried to coax me into several, stating that no one else would buy them, and I personally would become responsible for a frog being homeless. (I was presented with a truely tack penguind ornament operating on the same theory.)

At any rate, we eventually just began to photograph them. I think this guys a winner, don't you?

Want to see the rest of him? 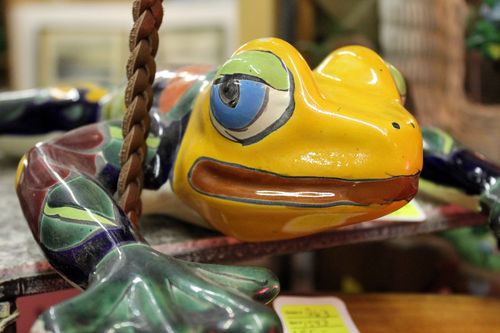